Interactivity of the real cards

The Power of Interactive Cards

Spellfire Prime edition and Spellfire Classics (CL) booster contain interactive cards. Cards labeled as "Interactive" only work in the App, which you can download from the App Store or Google Play.

There are many different interactive cards in Spellfire. Spells, Psionic Powers, Blood Abilities, Unarmed Combat Cards, Thief Skills might have static power values, which are summed up. If you use the App, you have an Interactive power level, which might be a bit worse or a bit better than the static power. It's up to you whether you want to use the Interactivity or not.

Interactive Voice-controlled cards are also available, where you will need to cast a spell verbally, which entices more immersive gameplay. There are many Voice spells you will need to learn and use wisely.

There are interactive gesture-controlled cards, where you will need to draw a hieroglyph or rune to enable their power. This also makes the game more exciting. Many runes and sigils are waiting for you once you learn them.

Some interactive cards shift their shape depending on the time and circumstances they are used. You can see the final form and absolute powers of these cards only in the Spellfire app.

Alchemy lore can also be accessible via some of the interactive cards. You can create various magical items and artifacts exclusive to a champion. All these cards will work only in the Spellfire app.

Some older sets used cards that required you to roll the dice. Now the roll of the dice is transferred to the Spellfire app as well.

All interactive cards gain experience while in play. They also earn you crypto tokens that can be exchanged for real money or spent to upgrade various cards.

Many more secrets and surprises are waiting for you in Spellfire prime edition interactive cards. Apply for citizenship and start playing Spellfire again, on a completely different level than before.

The Power of Upgradable Cards

Upgradable Champions have their own spell books and unique spells to cast. At first, a champion can cast only one spell. You will need to use particular elements or find exceptional cards to upgrade and unlock other spells to learn more.

Upgradable Magical Items and Artifacts can be upgraded when you use them. Some items have a temporal enchantment effect, and there are ones where enchantment becomes permanent. Some spells need to be unlocked with spellbooks before they become available.

Upgradable champions can use their alchemy skills to make their own unique Magical Items and Artifacts. These champions grow in power with every upgrade.

All Upgradable cards gain experience during the play and earn you crypto tokens, which can be exchanged for real money or spent to upgrade other cards.

Many more secrets and surprises are waiting for you in the Spellfire Prime edition. Apply for citizenship and start playing Spellfire again, on a completely different level than before.

Examples of Interactive and Upgradable cards 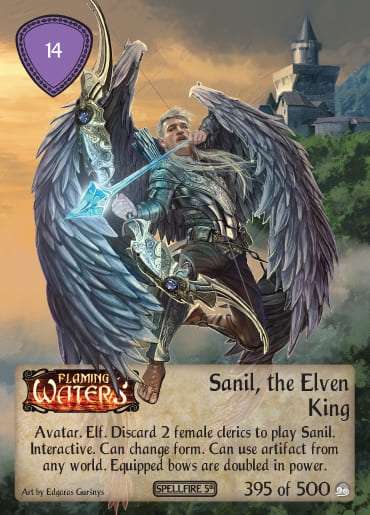 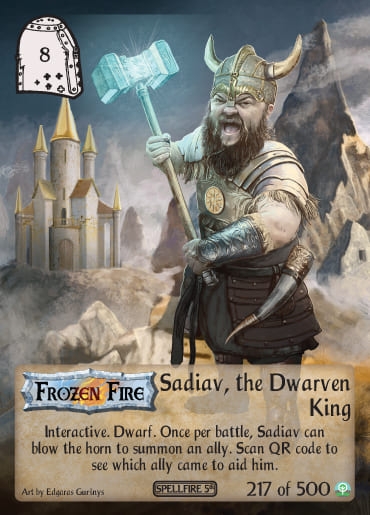 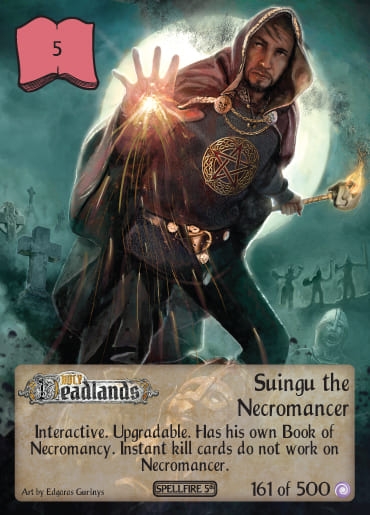 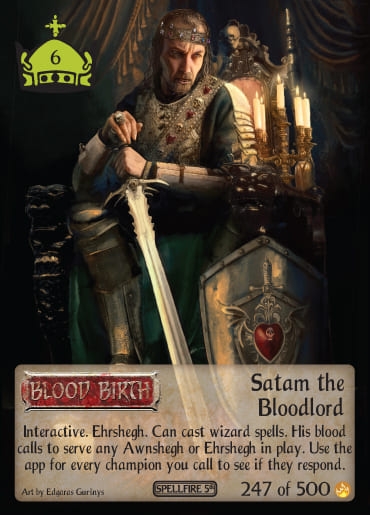