The Story of once dry lands

The Middle Lands are the most mysterious lands in the Spellfire world. For centuries, other parts of the world have been affected by wars between various races and attacked by enemies from outside the world. The Middle Lands have never seen war.

The History Keeper says these lands changed dramatically in time. Once, there was a harsh desert. Constant sandstorms were so intense that it was hard to find a difference between night and day.

No matter what, these lands were heavily populated because they connected East and West, South and North. Many trade routes were going through these lands. They were under the constant and never-ending threat of assaults and robberies. Notorious Thieves ruled here. Some became the thieves in law. Many paid their share for trespassing the lands safely.

Something happened during the 4th age of the Moon. Something amazing, unnatural, something no one expected! Everything changed overnight. Sandstorms stopped, water started to rise right from the grounds, right from under everywhere. Deserts converted to swamps and forests, the sun started shining. Beasts, birds, and magical forces were never seen populating new realms.

Only a small part of the desert remained separated by a bridge called the Bridge of Trials. No one knew the cause of these changes, but, because of this strange phenomenon, natives called these lands Wet Deserts. 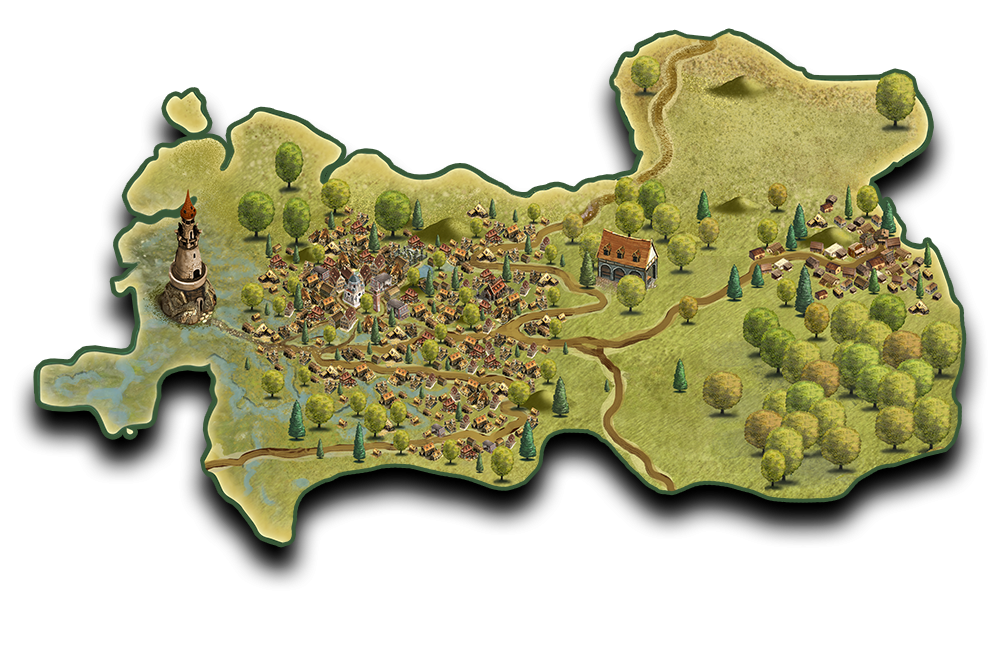 There are some very mysterious remains from the distant past in Wet Deserts. Even History Keeper knows nothing about these places.

In the remaining part of the desert, the Ancient Magic Tower is still standing and fighting the time. No one really knows what it really is, but wizards and clerics are afraid of it and never come close to this place.

Another mysterious place has just been discovered deep within the Amazonian Forest in the really hard-to-reach area. It is some kind of a gate that native Amazons call the Gates of our Fathers.

In the desert, you can still find the Thieves Guild where the luckiest ones share their stories about successful robberies. The Runecaster Guild is open only for the kids. Some say that only a few Runecasters are left in the world and they started to teach a new generation about the secrets of runes.

Of course, the best-known part of these lands is Capitolium. It is the capital of the Spellfire world and the biggest city that anyone has ever seen. Several Brotherhoods were established near the capital. One is serving for light, another one - for dark forces, and the third one - for animals.

Another well-known city is Amazonia. In this city, only females are allowed to apply for citizenship. Amazons rule many lands around the city, and there are some places where men are not allowed and killed on sight.

The third known city in Wet Deserts is called Poseidon city, which is located in the Sea of Life. Its biggest part is underwater and can be accessed only by Swimmers.

Many more cities and strange places are waiting for you in the Wet Deserts, our dearest wanderer. If you think that these are the lands worth exploring, apply for citizenship in these marvelous and peaceful lands.